The information on this website is banned every where. I have the theme of this forum put under games, that you might notice from the commercials. Further I have been using phpBB script used by actieforum.com to make it impossible to put certain words here, that might put attention on the information here. I doubt wether it helps. I had a very hard time getting this website in the Google search results. This website might already be banned by Google and several other search engines. I have had several websites destroyed in the past, while I saw editing of my blog at web-log.nl after a datamining trick was conducted under the visitors and bloggers. Deleted at web-log.nl was a translation by me of a Beggar song into English.

Quoted from:
http://www.shatteringdenial.com/forum/viewtopic.php?f=8&t=287
List of forums that blackball Blackcoat Order Expose
Please do not place links here, from the following websites, because they are the enemy of every human being on planet Earth.

1.Outlaw Journalism,the moderator Andrew has banned Craig Oxley and Soulinspiration (Troy) for so called abuse and hate.Unfortunately he claims Craig Oxley is going to kill him,the claim is false and I have searched on the net that this Andrew knows Michael Tsarion who spreads new age bunkum.

NAME: AboveTopSecret
URL: http://www.abovetopsecret.com
DESCRIPTION: "Above Top Secret is filled with Freemasons who redicule any expose on the Blackcoat Order or the SMOM." "Yes thats another phoney"

Comment:
I would get the same remark on the Dutch website Zapruder.
"Yes thats another phoney"
http://www.zapruder.nl/

Zapruder is pure desinformation and Data mining, that you might understand already, if you know that pope supporting site. The first time I came there, I would test the amount of infiltration, by posting truthful things about the Pope and Popery. I was bashed and censored, and discovered that the Moderator Antagonizer is supporting the Pope's Charisma violently. A lost cause.
Zapruder being an infiltrated website for datamining is a scary thing, because it is connected to the childrens channel ZAP and ZAP log, where the Dutch youth is brainwashed into believing the lies about Christians, that are believed by all Reformed brainwashed suckers. May the Lord wake them up!

NAME: DAVID ICKE
URL: http://www.davidicke.com/forum
DESCRIPTION: "David Icke's forum is now banning people forever if they put up info of mine on that site."

NAME: EXTREME SYSTEMS
URL: http://www.xtremesystems.org
DESCRIPTION: admins will hack your IP and expose your personal data if you attack the pope or catholicism. Will delete whole threads after time they do not like.

NAME: Godlike Productions
URL: http://www.godlikeproductions.com
DESCRIPTION: "The same place where they ban completely anyone who mentions Tavistock also."
(For Dutch visitors: Tavistock is the British version of Nijenrode)

NAME: HARDFORUM
URL: http://www.hardforum.com
DESCRIPTION: admins sympathetic to NWO goals. they will deep-6 posts or ban users who they don't like. Sites also contains paid shills who will deny the op or gang-reply.

NAME: Henry Makow
URL: http://www.savethemales.ca
DESCRIPTION: “Henry Makow and his savethemales site does not want to hear about the Blackcoats. it is always the illuminati jewish bankers who are to blame.”

From the several websites mentioned by Alex, I know this also to be truth from my youtube account, where I have uploaded until now 9 the Antichrist exposing movies. Recently an account named Jesuitinfiltrator was banned. Another banned youtube account was kilsally, where many educational history movies where deleted. The reason my movies did not get banned there, is I think because I have very little visitors. Search engines are also used for banning people, but the papes tend to do this in ways it does not get noticed. They think. In Holland I get banned by all Christian websites, while the atheist websites are to afraid too ban me, because I will post such here and elsewhere and everywhere immediatly. I noticed however they have been deleting many comments and posts, maybe think that we don't notice. But Godtube is a lot worse, the webmaster of Remnantofgod.org had a movie banned there, as you can witness here;

The "Antichrist" Video WAS APPROVED by GodTube on April 10, 2008. But after 4 days, and 2453 viewings making it #1 for 4 straight days under the topic, "Antichrist" I received the following email...

Here the above mentioned movie that was banned by Godtube;
http://www.john1429.org/video/antichrist/Antichrist-128.swf
The truth is prohibited content, lies are forced content.
We know this in Holland from every media outlet, welcome to the censored truth at 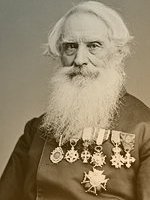 The Ministry of Truth

I noticed Gordon Comstock was banned today over here in the Netherlands.
Darryl Eberhart has some interviews there.
Too bad.
The first time I would get this notice, was when I voted for the Unhived Mind.

SpirituallySmart has been censored often. I am going to start detailing the major internet corperations that are doing this to me.

But this isn't about ME. It's about the message of truth. the most important aspect to secular and religious events. the Vatican and her many daughters!

Photobucket.com
Youtube.com
Wikipedia
Infowars.com (Alex Jones and all his affiliates and blogs, forums ect that are associated with him and Loose Change.)

This is my Nazi - Vatican video that I did. This screenshot is a picture someone took in Germany. 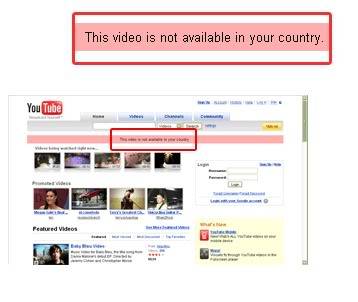 Here you can see that youtube deleted a documentary on the holocaust. Being that it was uploaded to my channel it was more important because it was IN CONTEXT with TRUTH! I want to ad that this video DID NOT violate youtube's terms of service.

I've been hosting my photos on photobucket since I first started building my web site. Suddenly they are deleting my pictures. Deleting even the banner to my Nazi Vatican Web Page 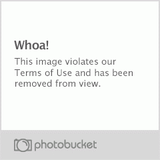 This was the picture they deleted:

Read the captian underneath this last missing picture and you will see photobucket.com deleted the picture of Pope Ratzinger when he was in Hiler Youth.

We'll see if they delete it again. I see several days later that photobucket.com are monitoring my account and deleting pictures. Often I don't remmeber what the picture was they deleted.

Wikipedia has often censored me. Some of the "administrators" there are agents for the Vatican. I have often caught wikipedia admins gatekeeping articles disallowing good evidence proving a point or weakening an opposing point.

Here's an article showing the Vatican (and the CIA) "anonymously" edited wikipedia entries.

I have received many letters from truthseekers telling me that when they mention me in any forum associated with Alex Jones that all their posts are quickly deleted. Youtube deleted my video, "Alex Jones CIA Agent of project mockingbird through Alternative Media."

It is also the same way with any mention of the Blackcoats or Knights of Malta in any of these forums.

In the future I will provide screenshots of these emails from truthseekers testifying of censorship of truth through Alex Jones. Obviously it will take some time to go through my emails and find them.

Well, I never uploaded at Photobucket, and I think I never will...

https://www.dailymotion.com/swf/video/xauo1g_don-t-ask-don-t-tell-koran-says-no_news
This is the movie that had Pastor Manning banned from Youtube.

Gay marriage was started in the country where I live, the Netherlands. It was started by a Church, that is named the Remonstrant Church. A few months after it was made legal, it became possible for homosexuals to adopt children. The Remonstrant Church was banned from the Netherlands in the 1700's, but had come back in the Netherlands, after Napoleon Bonaparte invaded. It's a cult set up by the Company of Loyola, the preachers themselves are homosexuals and woman. Since these priests are much to often found as pedophiles, with military purposes, Gay Marraige is used by pedophile priests, to brainwash children with torture. The Company of Loyola is very happy, that they can marry with their sexual mates, instead of with ignorant protestant woman for their cover. The cover of Gay marriage also has the advantage, that no one is around with a mother instinct, to protect these innocent children.
I hope Americans can protect against themselves against the child rapists, that want to rape children without being watched by mothers. Remonstrantism is known in American Theology as Arminianism.
http://en.wikipedia.org/wiki/Arminianism
Arminianism is not some discussion about doctrines, but military infiltration of the people by Rome.

When the Remonstrants where expelled from the Netherlands, they would flee to Paris France, and where all killed by the inquisition. This was to be expected, because the Huguenotes had to flee form France half a century before, France was 100% Roman Catholic again, Remonstrants are regarded as Heretics by the Roman Catholics that created them only to infiltrate the disciples of Jesus Christ, that every Roman Catholic seeks to kill. I know this because my parents are Roman Catholics, and pay money to their priests that have organized a failed murder attempt on me. My parents know this, but deny it, and support any one that wants to kill me.